Chris Wilder is wary of claiming “an incredible escape is on” after he became the first Sheffield United manager to taste victory at Manchester United for 48 years.

The Blades’ 2-1 win on Wednesday put a huge dent in United’s hopes of winning their first Premier League title since 2013 and gave them a huge morale boost in their battle to avoid relegation.

But Wilder’s side are still 10 points away from safety after securing just their second win in 20 league matches this season.

United manager Ole Gunnar Solskjaer will hope the Blades can make it three when they visit table-topping Manchester City on Saturday.

City, chasing their third Premier League title in four seasons, lead United by a point and have a game in hand.

“It’s a long time to wait for a win at Old Trafford and it’s a special result, and a special performance,” said Wilder.

“I’m not saying an incredible escape is on but I want to show what we are about.”

The Sheffield United board have remained faithful to Wilder, who took them back to the Premier League in 2018/19 and led an impressive campaign last term.

The boyhood Sheffield United fan, who had two spells at the club as a player, admits their desperate plight has been partly self-inflicted.

“I think I’m always a proud man being involved in this football club of ours,” he said.

The 53-year-old Englishman could only name six substitutes, including a reserve goalkeeper, for the game at Old Trafford but he praised the spirit in his camp.

“You look at the team tonight, you look at Max Lowe and Lys Mousset (on the bench), possibly could only do 10 minutes, so we only had three subs,” he said.

“So it’s that type of attitude and identity that makes me proud and delights me. We had to show all those qualities tonight.” 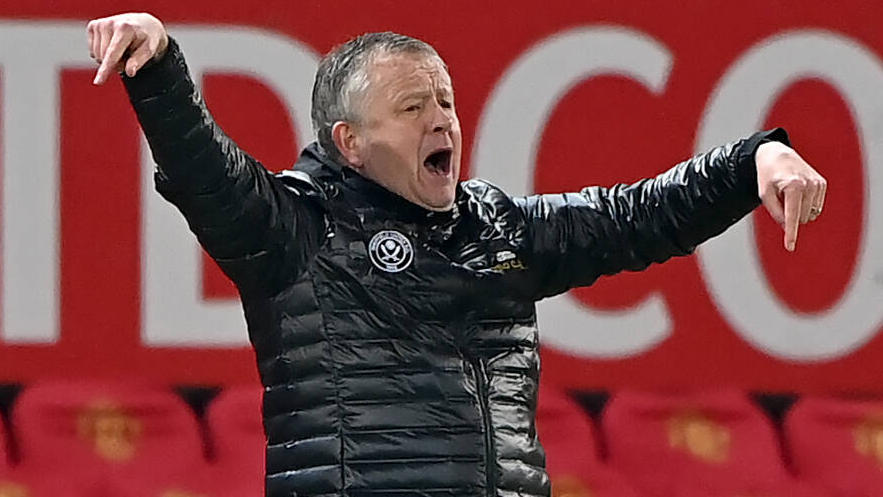